The Reformation in Mulhouse

The city of Mulhouse, being a free city state and friendly with the neighbouring Swiss cantons, embraced with enthusiasm the new ideas of, first, Luther and later, the Reform. In 1523 the city’s officials or magistrates decide to issue an edict “in agreement with the Holy Scripture” and open the road to the Reform. The city joins up with the reformed ideas of Zwingli several decades later. 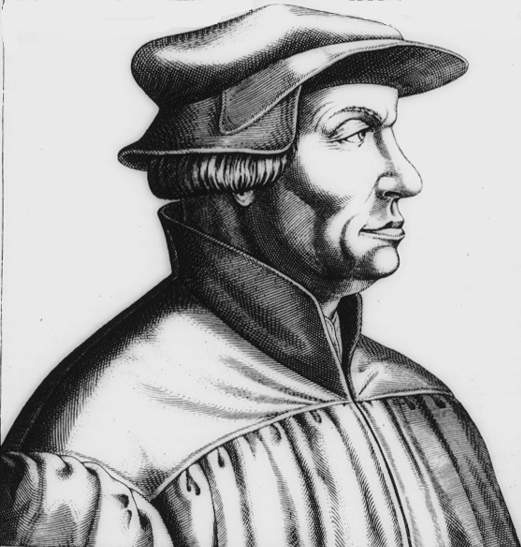 Some characteristics of Protestantism in Mulhouse

This will be a kind of puritan Protestantism, in which moral order will play a big role….clothing, life style, the work ethic are part and parcel of this role.
“Strict laws repress drunkenness, swearing, immorality and gossip. There are severe punishments for transgression, such as prison sentences, fines or the famous ride through the city with the “Klaperstein” or, literally, gossip’s stone ( a sort of heavy stone head with bulging eyes mounted on a chain) around one’s neck.” This stone is still displayed on one of the wall’s of City Hall as a reminder!
After the introduction of the Reform and until 1798, Catholics and Jews are not allowed in the city of Mulhouse, which has become totally protestant.
After leaving the Swiss Confederation in 1586, Mulhouse becomes a free city again but still owes its rapid expansion to a few protestant families. Theses families created in 1746 the first factory producing printed cotton material, known as “indiennes” in French or printed calicos in English. The un-dyed material was first imported and then later manufactured on the spot with thread produced in the nearby Vosges Mountains.

The origins of the Riedisheim Parish

Through the impetus of a family of protestant industrialists, the Zubers, a small community of reformed protestants saw the light in 1842. Until the beginning of the 20TH century, the Riedisheim protestants were officially part of the Rixheim parish – not the other way round, as it is today. 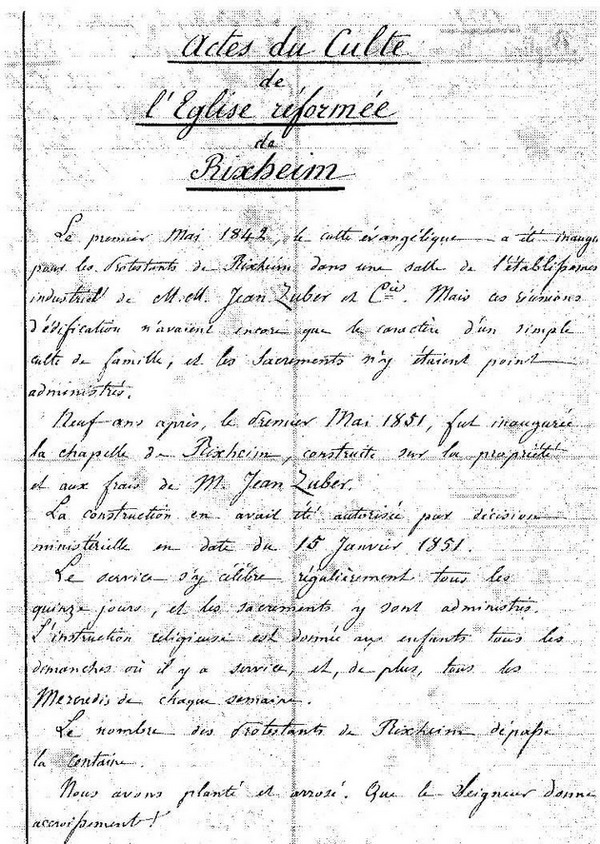 Since 1873 the railroad workshops had drawn many protestant Lutherans from the “Bas-Rhin” (Lower Rhine, whereas Mulhouse is in the “Haut-Rhin” province or Upper Rhine). In 1908, date when the parish in Riedisheim was created, it had 700 members. Today it as around 600.

Creation of the parish

It was decided to create a new, full-time protestant parish in Riedisheim at the beginning of the 20TH century because the number of parishioners had increased. In 1908 the Rixheim parish became “Riedisheim-Rixheim”. The church was built in 1925. Despite the strong objections on the part of the Zuber family in Rixheim, the parish now has two churches, two ministers, and oversees 20 towns or villages. 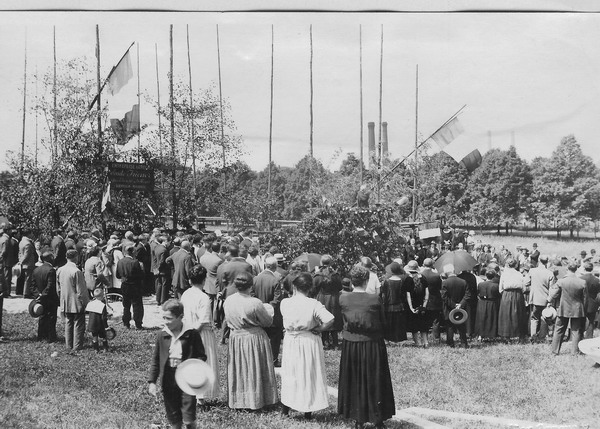